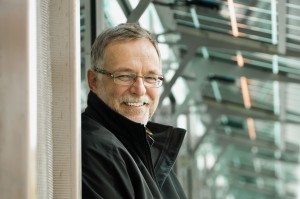 I have come to my present focus on problem-driven interdisciplinarity (interdisciplinary research and practice aimed at addressing issues in the world outside the academy) through a series of positions and institutions that fostered and supported work at the fringes of the dominant disciplinary culture of academia. My initial work was on energy policy and philosophy, focusing on energy forecasting, modeling and policy analysis, and leading to an argument in favour of what I called energy backcasting: articulating desired energy futures and trying to determine how to achieve them. This led to 9 years of work in the Environment and Resource Studies department at the University of Waterloo, where I was able to expand our backcasting work into the domain of sustainability and to teach courses on energy and the history and philosophy of environmental thought. In 1992, I went to UBC to head up the new Sustainable Development Research Institute, now part of the Institute of Environment, Resources and Sustainability, where I continued to work on sustainable futures, but now in a much more participatory framework, leading, among other things to the development of the Metroquest urban simulation/gaming software, which has now been used in many cities across North America, and also to the development of a procedural approach to sustainability, conceived as a normative ethical principle. From 1999 to 2011, I was deeply involved in the development of the Centre for Interactive Research on Sustainability (CIRS), which now a living laboratory of sustainability research and practice on the UBC campus (www.cirs.ubc.ca). From 2010 to 2012, I was the Executive Director of the UBC Sustainability Initiative, and from 2012 to 2015, I was the Associate Provost, Sustainability at UBC, responsible for leading the integration of academic and operational sustainability on UBC’s Vancouver campus. In January, 2016, I started a new position as a Professor at the University of Toronto, in the Munk School of Global Affairs and the School of the Environment.

One thing I have learned in this journey is the power and productivity of collaborative research and practice. I have benefited immensely from the superb graduate students and colleagues I have been able to work with. Problem-driven interdisciplinary collaboration is hard, not least because of the extra time required to understand and work productively with researchers from other fields and also with partners in various outside communities. It requires a lot of dedication and a real commitment to collaboration. I have been lucky enough to work with people with that dedication and commitment.

On a more personal note, I have a wife and five sons who represent a continuous reminder of what really matters in life.